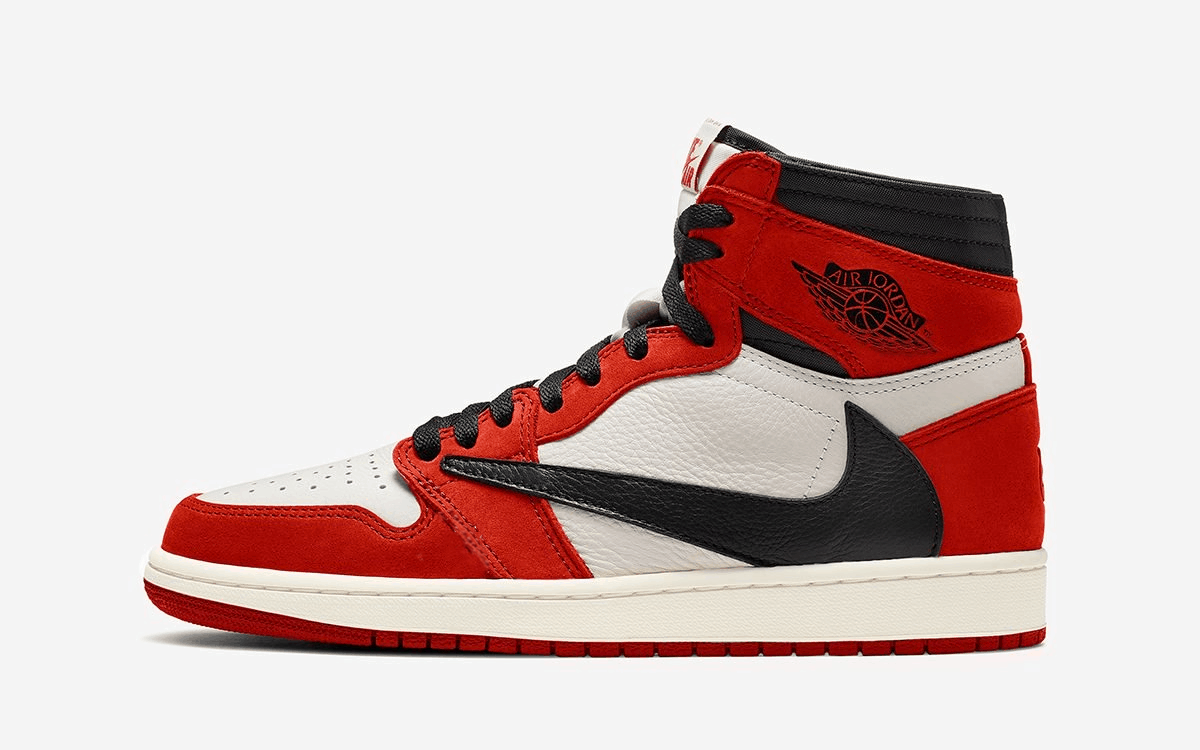 Hands down one of the most iconic AJ1s ever, the "Chicago" was one of the first colourways to drop back in 1985. According to several pretty reputable sources, La Flame's version will feature red and white leather panelling, blacked out laces and that backward Nike Swoosh that we all know and love.

"Cactus Jack" branding will be abundant throughout, and of course, the secret ankle pocket will also make a return so you can store your stash without anybody knowing.