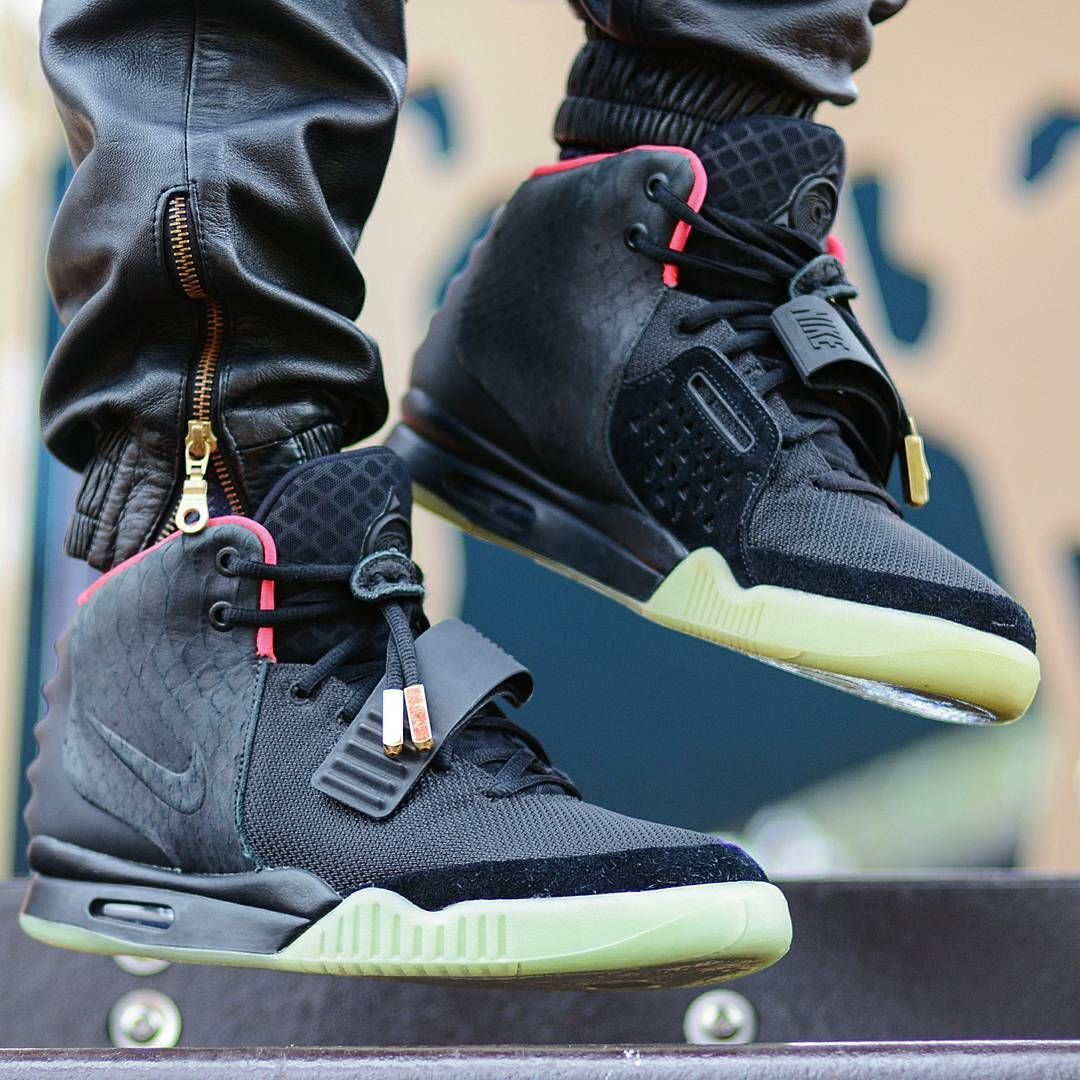 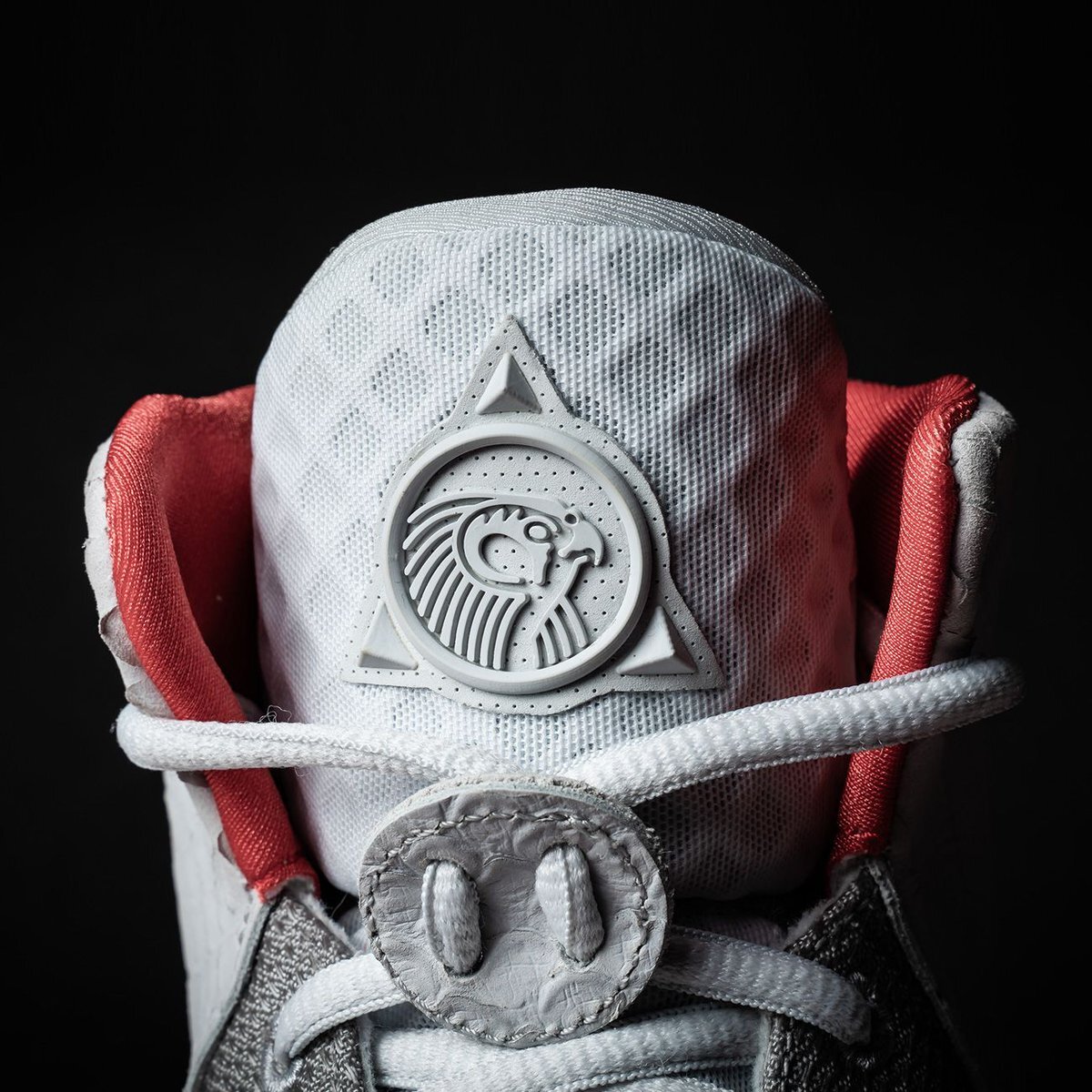 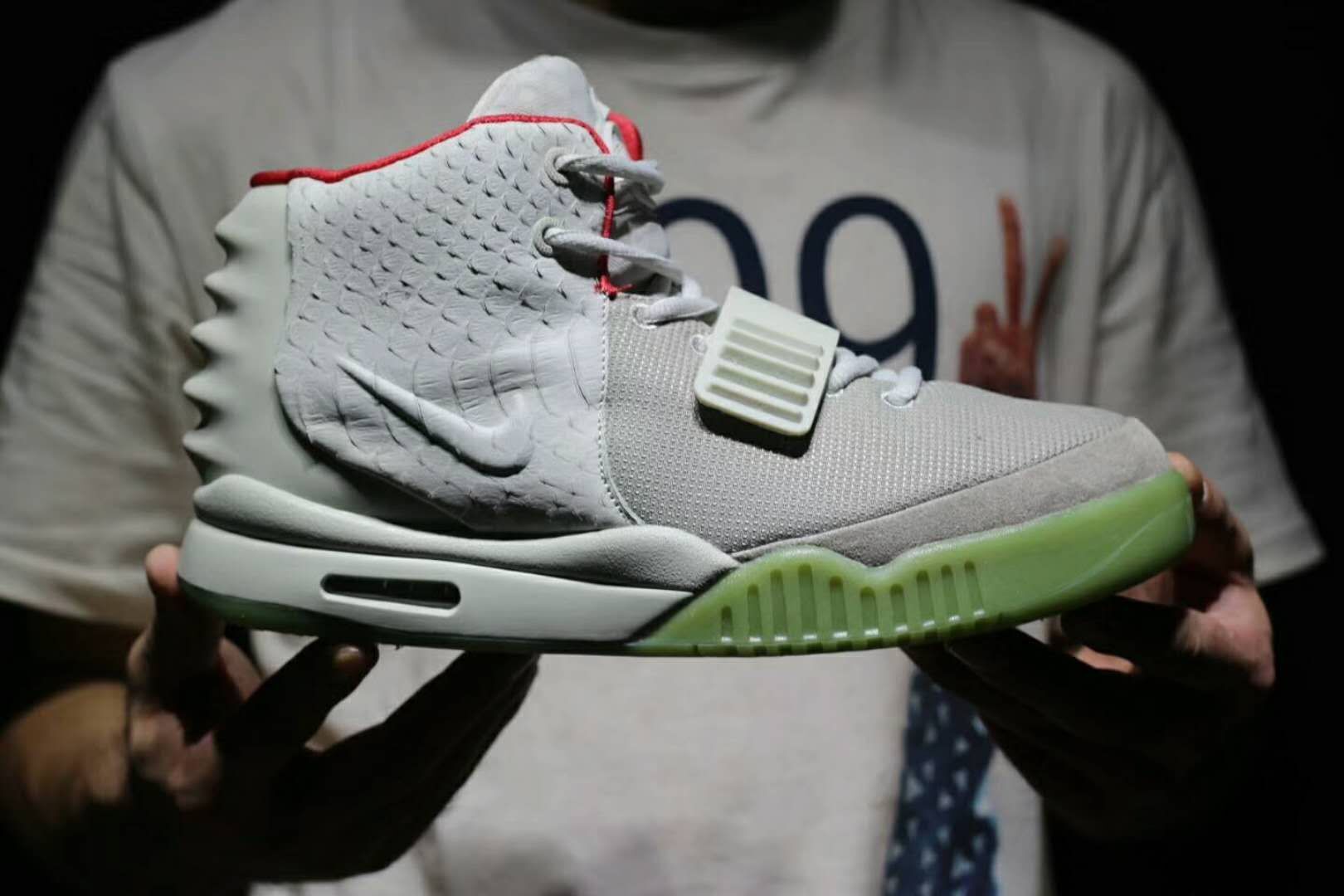 Anticipation around the release of the Nike Air Yeezy 2 started after a Complex Magazine interview with Mark Smith and Kanye West about designing the Nike Air Yeezy, wherein Kanye stated that there were several designs left over from the Air Yeezy design process that could eventually become the Nike Air Yeezy 2. Despite this statement, none of these designs were used for the Air Yeezy 2, and instead, Nathan VanHook sat down with Kanye to design the Yeezy 2. The shoe features much more of an animalistic design inspiration than the original Air Yeezy, sporting a ridged, reptile inspired heel counter and a snake skin inspired design on the quarters. The shoe, like the original Air Yeezy, borrows tooling from other Nike models. The Air Yeezy 2 borrows its sole unit from the popular Nike Air Tech Challenge II tennis model. The shoe also features several references to Egyptian culture, featuring depictions of the god Horus on the tongue and insole, and using Egyptian hieroglyphics that spell out "YZY" under the strap.

There were also several design decisions during the making of the Nike Air Yeezy 2 that were a direct response to some of Kanye's issues with the initial Nike Air Yeezy. Firstly, unnecessary padding along the upper was eliminated, and the shoe was made shorter for greater mobility. Also, the shoe was purposely slimmed down, to create a thinner look on feet and better fit Kanye West's foot.

As with the original Nike Air Yeezy, several sample colorways were created, the most famous of which was the "Kobe" or "Cheetah" Nike Air Yeezy 2 sample which was based on a popular Christmas colorway of the Nike Kobe VII. Aside from the rumored three pairs in existence and the pictures of the aforementioned sample that spread through various sneaker media sources, very little is known about the sample.

Previous Previous post: Air Jordan 6 UNC---From BSTsneakers💕
Next Next post: 🎉 Friday SAVE UP TO 50% OFF On Select Exclusives 🔥🔥